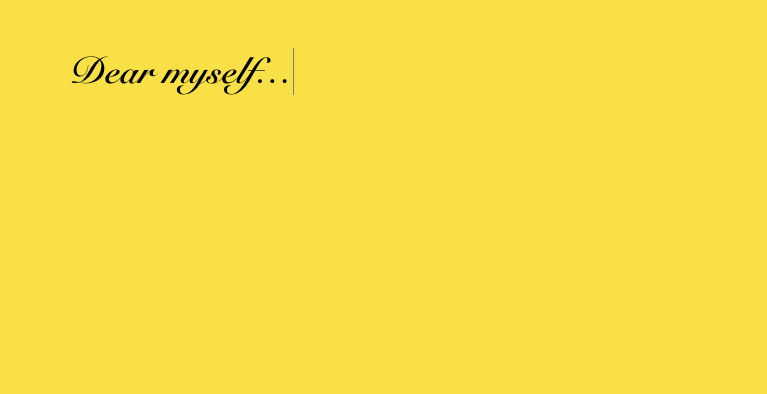 Posted at 14:40h in LEADIT by Elettra Favotto
Share

…it’s been almost two years since the last time we met. Since then, many things have changed: in this letter I want to tell you how much I developed thanks to a great but challenging journey: LEAD Italia.

But before starting telling you this story, I need to thank few people.

Thanks to Giorgio and Elettra, who devoted their Saturday afternoons, who didn’t sleep at night to organise workshops such as this one, despite not receiving a salary for it.

At times I phoned Giorgio at 9 at night or on Sundays, sometimes I showed up at his place crying, knowing that he would have helped me.

I don’t know how Elettra can organise things second by second; when she is around no detail is forgotten. She puts LEAD prior to any of her other commitments, even her job.

I must thank Mario. He doesn’t show up that often, but it’s him who had the courage to say “yes” to LEAD, the one who first believed in the dream of a girl and who now believes in my dream too.

Then there’s Eliav, who is not here right now and who maybe you can’t remember. He was the one who first thought of a new idea on leadership development and who is sometimes flying to Italy from Tel Aviv to visit us, accompanied by some Israeli young people who, like me at the present time, finished their LEAD programme.

I thank my teammates, the people who helped me in my project, those who are committed to support LEAD. But most of all, I thank myself, for the strength and the determination that I showed when going through this process and with which I’m now facing my bright future.

Let’s start from where we left each other. In September 2016, my journey started with RYLA, a programme that later lead me to LEAD. To be honest, I didn’t really know where these two programmes would have lead me to. I thought that they would have taught me how to become a successful entrepreneur, a rich manager, a famous film director or maybe a big politician. Actually LEAD has nothing to do with all this.

LEAD motto is: “Lead your own way“.

In fact, I was not told what I should have been like, I was not shaped according to the traditional leadership model, but rather I built my own model based on my point of strengths and weakness.

One of the biggest opportunities of this programme was the possibility to be in contact with people who spoke my language, in other words, who shared my same values, my way of approaching life and even some of my dreams.

LEAD is the place where, for the first time, I didn’t feel like a black swan in the middle of white swans, and where I discovered that nothing is wrong with me. I’m simply different, or in other words, special.

Despite this, I found many obstacles at the beginning of my journey…

The first difficulty that I encountered and which I guess you know quite well, was understanding if LEAD could have really been part of my life. “Is it the right opportunity at the right time?

The second doubt that I had was: “Can I manage my time?” I had to organise my time between school, family, friends and hobbies. Now LEAD was an addition to all this. “Can I manage this workload?”

The third obstacle – probably the biggest one – was building a new project, my project.

They told me to look around me, to find a problem that I cared about and that I wanted to solve. I still had doubts though: “Am I really able to build a project?” and most of all, “What is the problem that I want to solve?”

The best challenge was the choice to climb this last mountain. I chose to get involved because I wanted it, not because it was something that I had to do. Because, my dear friend, you can’t know how much energy we have when we choose to do something, instead of feeling that we are forced to do it.

LEAD for me was a training for life. Here I could challenge myself day-by-day, overcoming limits, those that I had initially perceived as impossible to overcome. Here I had the opportunity to learn how to overcome my fears and I changed my approach to the world and even myself. I looked around and I chose that there was no point of keeping complaining about an issue: it was time to take on me the responsibility of dealing with the issue. LEAD taught me that there is no problem without a solution, but only a problem for which a solution has not been found yet. Maybe, it would have taken a little bit of time for me to find a solution, but I knew that any project born out of me would have been the first step towards the solution to the problem.

LEAD encouraged me to look for determination and esteem inside myself so that I could bring change. A change that surely impacted the world outside me, but most of all represented my personal growth and my personal achievements.

Dear friend, it goes without saying it: beside the successes there were also some failures. But LEAD taught me that each failure was not really a failure, but something that allowed me to better know myself, to understand what was not working that well in me. Failures gave me the opportunity to see things from a different perspective, from points of view that I had not considered before.

In LEAD I found a family that understands me, that supports me, that helps me healing my wounds. This family wipes my tears away. By the way, you must know that in LEAD, almost at each meeting someone happens to burn into tears. We are used to say that “LEAD is the place where we eat and cry”.

LEAD has also taught me to love those who I initially viewed as far away from me; it taught me not to perceive myself superior to others because everyone is special his/her own way.

LEAD taught me that even if I’m 18 or 19 years old, I can change the situation. Because I value.

LEAD taught me to believe in myself, because the most beautiful thing is the feeling of satisfaction after building your project, your dream.

I must admit that choosing to be a leader was the hardest choice of my life so far. In fact, leadership is not a cloak that you wear in the morning or when you need to lead a team; leadership is a state of mind. Hence it’s not always easy to resist the current and sometimes to go against it. It’s difficult to become owners of our own life without letting us be pulled by the others.

Leadership carries a cost that for me consists in the daily fights against those who don’t believe that the world can be changed, those who stops in front of the appearance, those who do not have faith in youths, those who settle.

But, you know what? A leader is the only thing I could be right now.

Most of the people who know me are not aware that I’m part of LEAD: it’s not easy to explain to someone who hasn’t participated to any of our meetings what this programme means to me. But if someone was to ask me to describe LEAD Italia in one word, I’d say “magic“.

Or, I could simply say that it’s the best thing that happened to me.